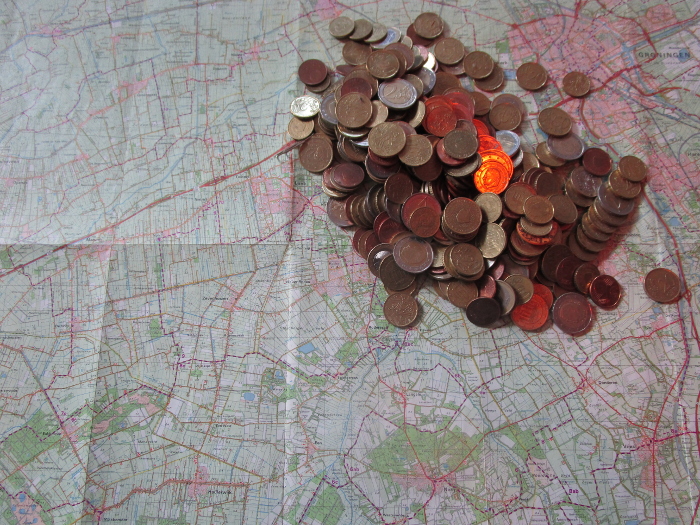 Who owns land therefore has a job. To give everyone a job guarantee is fairly simple. Universal Basic Income seems to be a major centralization of control, as the State (read: the usual suspects in the ruling class) directly becomes the paymaster of all. In economic terms, the difference between distributing an equal value share of land and distributing a Basic Income to all – rich and poor – is the difference between giving all a share of what exists before work has been done with it (land), or giving all an equal share of the final end product of an economy, its most refined product: money. The first option will naturally invite to work and productivity because raw dirt isn’t edible nor provides it shelter, etc. The second option will invite not to work because the work has already been done. Basic income invites only to spending (which includes spending games with debt, which seem to revolve around making others work for the investor resulting in parasitism).

As the economy is destroyed under the massive centralization and impossible taxation costs of Basic Income, an emergency dictatorship will result, which explains why the ruling class has initiated Basic Income propaganda with their mass media control mechanisms, all throughout the Empire (including in the European USA Vassal states). It seems to me that the ruling class may have reached the point of overwhelming centralization of wealth using the mechanisms provided by Capitalism (allowing limitless ownership centralization, and trade in not only goods and services but (historically) also humans (slavery), and land (even though land isn’t produced by humans and thus falls outside of the market logic; which is something that one may need to think about a little if it seems a strange or new argument.)) In 2008 the banks (which seem to include significant organized crime entities, networking with the war industry and major propaganda systems that control most peoples minds – the mostly deeply immoral and cynical ruling class) have absorbed the State, one could say. The next step would be to use the State as their agent to absorb everything left.

As the ruling class reaches totalitarian wealth centralization, they may need a new ideological control sause to sell to the masses why they have become their slaves. The plan-economic Stalinist experiments in Russia and China are providing models that top western bankers have lauded. I suspect that is why Basic Income is the latest game by the ruling class. Only they have the power to make the masses want anything. If they hadn’t ordered it, parts of the population wouldn’t be asking for Basic Income all of a sudden.

Basic Income is about slavery. Land is about freedom. That is why the ruling class – who seems to understand such things – is always trying to control the land, so that they can be free. The masses will be put under controls, which economically revolve around being landless (IMHO).

When one takes into view that Basic Income would be enacted for the USA and European Vassals (some 800 million people), where most wealth of the planet seems to be centralized in the current global USA Empire, while Chinese and Indian worker slaves have no hopes of any such free and substantial monthly incomes yet they work themselves (and their children !) to death for western consumption, a spectre of the Roman city bread and circusses seems to emerge, and the prospect of Basic Income seems to take a darker tone still. Indeed we could ask: what happened to Rome, when bread and circusses where free ? …