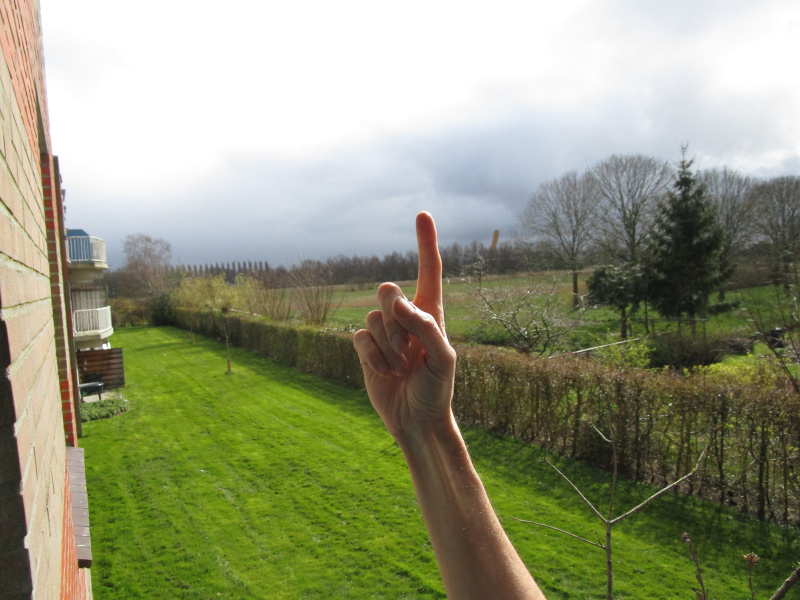 To have a system of Council Government¹ requires a people who exhibit a minimum of behavioral standards. It could be argued that we do not have a democratic society with a free market under reasonable law, because the behavior of people is insufficient to support such a system. If it did, we should be there already. An attempt in Russia and Germany in 1917 failed, probably for a variety of reasons, one of which could have been insufficient time and training of the people involved.

It should be noted that a voter-group in this system does not have to do anything other than elect an administrator, delegate and reserve delegate. They do not even have to debate themselves. However, it would be a good thing if they knew how to do it. Only electing some persons to represent the voter-group once every 5 years is also a significant challenge.

If a voter group model was being done by the people in the Netherlands at the moment, done with randomly selected persons …

• Would everyone quietly wait their turn to speak, and raise their hand if they had something to say ?
• Would they listen to each other ?
• Would they be willing to understand each other ?
• How many times would someone breach the peace ?
• How many times can the peace be broken, before people get tired with it all ?
• How many groups would manage to have a chair person capable of keeping order, to mute those who speak too much, to make room for those who quietly wait until someone asks them a question ?
• Are enough people capable of seeing things from someone else their perspective, or through the lense of the common good ?
• Are enough people willing to invest a minimum of time ?
• …

It seems to me that it will be more or less a disaster in perhaps too many cases. Once that happens a few times, people are not going to keep trying, but they will choose the peace staying home. The chance is good that the best people will give up, tired of dealing with rough people in a chaotic meeting.

Hence: democracy school. Why not ?

Since the voting age in this system is a (perhaps too young) 25 years old, it makes sense to have this be a formal education for people between 20 and 25, for example. One might want to do it over a long period, because bad habits take time to get over, and good habits take time to form. Since these people need to work, one could for example do it for one half day a week. There could also be earlier education as part of regular schooling and upbringing.

The curriculum could involve things like: input, processing and output operations. Input: to listen and get information. Processing: to make a decision about something, to determine your opinion. Output: not just know how to make your opinion felt, but having practiced it enough times. Another way of looking at it is: stop damaging behavior (shouting, insults, bad protocol, etc), acceptable/neutral behaviors (sitting quietly and observently until having the chance to give a well thought out opinion), and laudable behaviors (helping others along the way, chairing the meeting, etc).

One could create a three tiered certificate around these issues. For example on the lowest level: non-disruptive voter. That is a good title to have. Now a voter group looking for a new member knows that you will probably not be causing trouble. Such a voter has learned not to disturb a meeting, but always be on their best British gentleman style, especially when insulted or things going the wrong way in their humble opinion.

Above that could be: social voter. A voter who knows enough about the proceedings to pull their own weight around. With a second tier title like that, it will be even easier to move yourself through the Council structures. Lacking this title could even be a bonus, if it marks you as someone who might need a little help here or there. That is good to know for someone looking to help.

Above those two titles could be for example the title: helpful voter. Yes, we are all voters ! (lol) At this point the voter has learned not just basic Council operations well, but also has the necessary practice to perform roles such as chairing a meeting, making a presentation, diffusing tension in the group, being a Delegate and conduct meetings with other Delegates. Such a certificate will help the voters in the group determine that if they vote for a person with such a certificate — from a reliable school — that their contribution to the Council system will probably not put them to shame with the other voter-groups and their Delegates. If it does, they can always blame the school ;-).

Such a certificate and schooling system does not mean that it would be necessary to have certain schooling before being allowed to be a voter. Doing something like that will put tremendous power over the State in the hands of those operating any such schools or certificates system, which is contrary to the proposed system.

It may overall be a good thing to do this, not just because it might be necessary to curb anti-social behavior before it blows up the State, but also because with this kind of training done by at least an amount of people, they will be able to interact and cooperate with each other more easily by having learned the same things in a similar way. They would recognize what the other person is trying to do, and already be familiar with their role and rights. Rather than have an issue of a not so well run group just fester along, leading to squabbles and troubles over time, it becomes less intrusive to just pick up the book and review some procedures or tips together. It creates a common platform.

Otherwise it could be: interesting, educational and useful beyond operating the State system itself, because human interaction happens everywhere, and often involves talking about things which need a decision, need information to be shared, and so on.

Every Nation is a little different, and many if not all Nations have some form of State meetings / Councils, for which there are proceedings and traditions. Such a place (in the Netherlands for example: the States General (Staten Generaal, Eerste en Tweede Kamer), or the County Council (de Gemeente Raad)) can give inspiration to what could work for the people in that Nation. One could say that this program of democratization implies in some way that we would no longer all merely be bystanders and voters at a distance to the few who stand, speak and vote, but now be able — not forced — to take our share of such responsibility.

① See https://market.socialism.nl. The proposed system is a model loosely based on the 1917 Revolutions. In another sense it is a system based on how you can still have efficient meetings and decision making by grouping people.

In this model the ‘voter-group’ is the basic unit for the people. A voter group comprises a minimum of 50 persons, and may consist (if so wished) of 5 smaller groups of 10 (or any other internal configuration). There is no obligation to be a voter. People assembly voter groups out of their own choice, assembling with others as they see fit. Individuals may start a group, join a group if accepted into it, or leave a group at will.

Besides a State democracy, there is also business democracy, which is more free form but also solidified as law once a certain statute has been determined by a business.

—
https://market.socialism.nl How economics works, and how to get it fixed.
Free Julian Assange and all other people attacked by western Fascism.