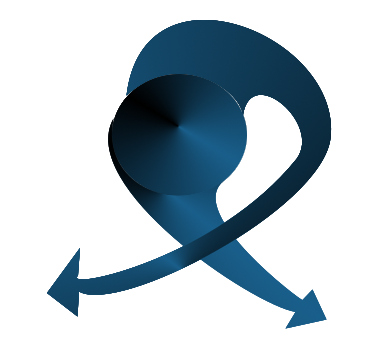 One of the problematic threats to the proposed democratic systems in economics & the State, is the danger of power centralization in the character ‘Jos Boersema’ itself. This threat comes in 2 forms, the first form is an attempt at abusing power by the author (me), the second form is the uncontrollable subjugation of people out of their own slavery and idolatry mindset. The second form has the additional danger that the worship class is going to act out inappropriately and possibly violently against yet others. These problems can exist in connection with each other, and independently of each other.

The first problem is one that undersigned has the most control over, and by doing a job as good as possible there, the other problems can be reduced to a minimum. The second problem is not entirely controllable, because it consists of decisions by other people for themselves. History shows that people will worship whom they belief to be in power. They will fake understanding what the person in power wants, even to themselves, regardless of its sensibility. If they perceive the ones in power want the serfs to be independent, self-directed and not under central control, they will play that role perfectly, yet in reality they would be mindless slaves, zombies carrying out their programming. This is even likely to happen if the ones who are perceived to be in power absolutely do not want that to be the case.

This problem seems to be in part caused by the lack of intellectual strength in many people, a lack of thorough thinking, and it is possibly re-enforced by a long history of mass murder by Governments which has taught people that in order to survive they may need to at least pretend to worship their ruling class. The problem can even in part be caused by genuine concerns, such as that if everyone is totally disagreeing with each other then society can break down and things could be worse then throwing our collective support behind one plan.

This problem of the inside threat, by me presenting these proposals for collective ratification, is the one problem that I have been thinking about longer then any other problem. For many years before even starting on this project, many years before 2002 that is, this has been my major worry, and in particular the worship danger by the population if one should manage to do something like this and succeed at a Revolution. History has many bad examples, from Nero to Napoleon.

Nero was supposed to be the good son, a highly trusted ruler. Suddenly he turned out to be an absolute madman, when it was too late. Napoleon pretended he wanted democracy, however he ended up centralizing all power and crowned himself Emperor. Marx declared that religion was the opium of the people, and then became a god himself judging by the size of the statues of him in the so-called USSR, with Lenin as the new son-of-god. Marx was not even there to demand statues be build for him, the people did it on their own, or where so ordered by the recipient of the power centralization: Stalin.

My current best guess at resolving this problem, is edging more and more to the idea that I (undersigned) might best just keep silent entirely, once the project makes any sort of reasonable headway and is by that delivered to the people. One could say that this is a law-making proposal, and per the idea of the separation of powers, law-making should be separate from both the Judiciary and Executive functions, which in turn should be separate from military functions. Hence one could belief it a good idea that undersigned then solely concentrates on law making issues, in particular Constitutional law which is again a separate topic from general law. However it seems to me that it is already a massive amount of law that is being proposed here by undersigned, it is already a worrying concentration of power if all this came from one person.

Therefore it seems best that once the project is past the phase – if ever – that it is merely stuttering along by the desperate attempts of one person to make it stick, I completely go silent on all matters, and concentrate on something more enjoyable, such as gardening vegetables. Then the system would be cut off from a dangerous power centralization point, and forced – as it where – to make the common debate more the center of power, as it is designed to be. Incidentally this is also safer for my personal survivabilety.

On the one hand it may be alright for undersigned to more or less mindlessly repeat the propaganda because that was already said after all, however on the other hand that will cause the same subjugation problem and not be as good as when other people give their own views so that “the truth” comes from a variety of voices. Incidentally that will make society appear to be more real and normal for me personally as well.

To say nothing anymore about relevant matters, particularly not Judicially, Executively, Militarily, etc, but also not on matters of law or Constitutional law, seems to be the best way forward once there are enough other people who credibly take over the propaganda job. Perhaps you the reader can put yourself into the theoretical position where you would propose a complete Constitution, significantly different from current society. How would you deal with the threat of worship by mindless people that by their behavior ruin all you tried to democratize ? Perhaps you can help by giving more good ideas in the comment section below.