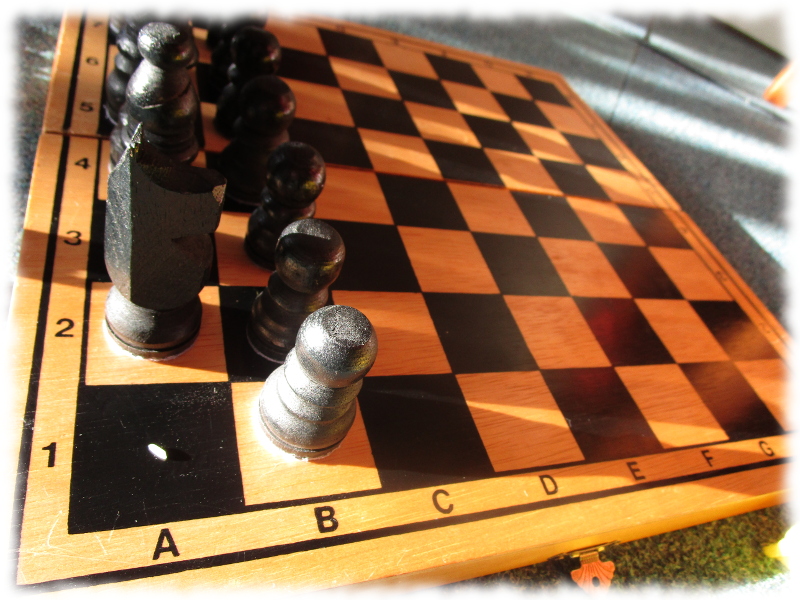 It is painful to see the lack of interest in truth and justice in this world. One might feel like an outcast, standing alone seemingly against a society going mad. Will the joke in the end be on this society, which is increasingly debased, increasingly a caricature of its own stated ideals ?

Man fights man in loud debates, even public disorder, over … how the banks took over the public treasury ? … How World War 3 is brewing thanks to the western invasions of Sovereign nations ? How the United States of America has recently ratified torture as a method of their war industry ? … How nature is ever more polluted ? Anything at all of substance ? The old struggle between political-economic ideologies perhaps ? No, they fight about how fests for children should be celebrated (5 December).

Where are these nations headed ? To hell on Earth, by their own making. Once they get there, political opportunities begin to materialize. Personally i don’t expect any chance for headway until the first several hundred *million* people have died from war. All is going as expected.

They don’t see it coming, they never did. When they finally see it, it is too late. Even when they see it, barely one in ten thousand takes any action against what threatens. Then they will die. Most will never know why, chasing the commands of high Capital – their god – without realizing their dying is desired by those they worship.

When they hear something might not be going too well, it’s not what to do about it that interests them. They are interested in turning it into a prediction game, a bet, and sit on the side seeing what will happen and who will get it right; or they worry about *when* something might go wrong, so that they can plan their latest fests, diversions, vacations, or worse to get ahead of other people, when uniting and sacrifice are required. “Going short” in the stock market, or getting ready to kill anyone threatening their gold.

It doesn’t matter for today if there will eventually be a World War 3 soon, with a nuclear depopulation, or if in the end humanity will learn to love peace without such a catastrophe. What matters is that the propaganda is in place for the gangsters of power to pull the trigger. What matters is the certainty that the troops and populations will follow the commands for war. That is the only thing that matters, because that is the only thing one can affect now. That war could be ordered at any moment by the criminal element, should never have been allowed to occur. By reaching this stage in the propaganda, the war has for all practical purposes already started. The people have dishonored themselves, shown their inadequacy to keep a State of law and peace.

Improvements are likely not going to come from the usual suspects in politics, the mass media, or even academia, because at a time of polarization and tensions they will have too much on their minds, too many opportunities to chase. The chance lies with the ordinary citizens who just want things solved to get back to a normal life, regardless of who will do it. Only once they start moving into a certain direction with enough force, will the opportunists in the ruling class sense a new chance for money, fame and to work on the future degradation of society by their wrecking behavior. That too will be as expected. However that will not necessarily undo what could be achieved. A new life will have started, a new culture …

… pushing forward to create out of the revolutionary ferment a new democracy tougher and more durable then the tragically weak and impotent democracies of the past.”
Paul Foot in The vote, how it was won and how it was undermined, page 445 2005

O God … when will they ever learn ? Can the misdeeds of humanity be allowed to continue, forever ?