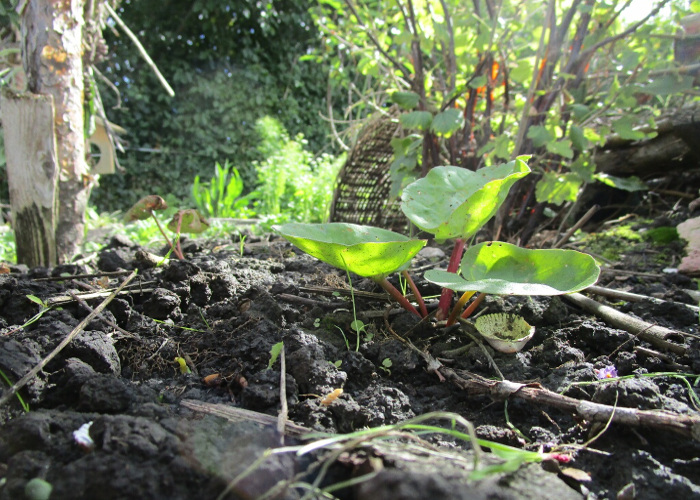 In a recent discussion with someone, it was remarked that a) the people generally will react muted to the reality of land for all; b) the section of the poor whose behavior leaves something to be desired, people who will never amount to anything under any circumstances, is not helped by having access to their land and c) land is supposedly less important in the modern society.

I belief that while there is truth in all these statements, nevertheless they fail to appreciate the dynamics of free land for all. In a discussion like this, about the core of the economic process, we are using as the example the healthy adult (not the sick, young or elderly, who need to depend upon them).

Although the people generally might lack an amount of initiative, creativity, spirit and other qualities which should be developed in life, at least some will make use of having become free people for the first time in countless generations. They can do so without a chain of investment credit around their neck, or other methods of parasitism which have the ability to crush many – if not most – tender upstart economic activities. Some of them who will succeed in the markets, will subsequently be in a position to expand their business with those who did not take the initiative. Those who did not take the initiative do still retain their inherent land ownership power, which strengthens their bargaining position in relation to their future employment. Because everyone is suddenly able to take economic initiative, even if that initiative is not profitable for the time being, there will likely be many more businesses in a hence more dynamic market for those who did not take the initiative to choose for their employement. That also strengthens the position of these people who are in risk of being reduced to employees. Furthermore: the potential for businesses which are co-operatives and which therefore do not reduce the humanity of those working in it increases. There will likely be more and smaller businesses, which implies more refined price balancing by the market principle, which is good for everyone in their role of consumers.

Last but not least: because people have land they no longer have the right to claim to be repressed by the unavailability of jobs which often plagues the Capitalist system. If some of these people are badly behaved and lack the willingness to do the necessary productive work to survive on Earth, then they will meat the limit of what their bodies allow them to do: hunger and thirst. If those are not enough to compell them to put in an effort, starvation could be next, even death. It seems to me that this is how these people are being helped by the natural environment and reality of their body, because otherwise a class of people who are stuck on welfare for generations is brought into being, who do little more than degenerate.

This class of people, who are lazy and perhaps have other behavioral problems, is often being used as a stick by the Capitalist overlords to beat everyone who is poor even if they cannot help it, however it is a class that is created by the Capitalist system itself. It is created because the land that belongs to each person has been denied them, and with that life itself was denied them. It is no substitute to dangle in front of the masses the illusive prospect of a chain and ball of an investment loan, because 1. that is not a right but a privilege, most likely to be extended to those who are agreeing to become pawns and parasitic feeding tubes for the investor upon the future employees and 2. the possibility to have success is slim in a highly strung market where people lack chances (they have no land) and the weight of constant and often shockingly high parasitism on the monthly balance sheet (loans, building rents, taxes, endless regulations that sometimes seem designed to crush small business because big business had the money to buy the making of such law.) Competition generally is not what makes people poor in Capitalism, and what makes many people hate the trading principle, rather it is the centralization of power by which the many have no meaningful chances left, through which they experience heightened competitive pressure, sometimes resulting in homelessness or even death of people who where perfectly willing to work hard, and who have indeed worked hard before.

The idea that land is no longer relevant seems to be just as true as the idea that having a body is no longer relevant. Everything still happens on land as it did ever before. The body needs room to work, and room implies land. Many – although not all – things manufactured also occupy space, the tools occupy space, the trafficking back and forward of the goods requires space, and all of that equals land. There is no difference with the past, just because agriculture today is highly mechanized and centralized. Even when the overwhelming majority of people still worked in agriculture, the people failed to understand how economics works. It is therefore more likely that this failure of understanding still exists today, rather than that something has changed which makes free space for upstart companies irrelevant.

It remains one of the most basic, profitable and rewarding activities of especially someone who cannot find any employ to engage in a form of basic small scale agriculture, since food is a first life necessity, it prevents aforementioned degeneration, and there are many ways to enter different parts of the market from the position of low cost, small scale agriculture. There is no boss, there is no financier parasite, it can both feed people hand to mouth, it can feed others to generate networking, which implies improved access to other forms of work if so desired. Small scale agriculture is only one example of work on free land, but in some ways it is perhaps the most independent, rewarding and varied type of free work that a human can enjoy, all provided for nothing by the natural environment, by the given world.